Bayern Munich dashed Manchester United’s hopes of progressing to the semi-finals of the Champions League after a thrilling tie in Munich.

After a cagey opening half in which neither side managed a shot on target, Patrice Evra gave United hopes of a famous victory by rifling a fierce shot into the top corner to put his side ahead early in the second half.

But United fans had barely finished celebrating before Mario Mandzukic had nipped ahead of Evra to head Bayern level, United’s lead lasting only 23 seconds.

Less than 10 minutes later and Bayern were further ahead, Thomas Mueller stealing in front of Nemanja Vidic to convert Arjen Robben’s accurate cross for his fifth goal in 10 matches.

United’s job was still clear as another goal would send them through, but the excellent Robben then turned scorer, cutting in from the right to drill past David de Gea via a slight deflection off Vidic’s studs that may have aided his cause.

Bayern now go into Friday’s draw with the dream of defending their crown still very much alive whilst United fans are left to ponder what could be a lengthy spell out of the competition.

7’ – CHANCE FOR ROONEY: The United striker is momentary clear and with a chance on goal. He dallies too long with Kagawa in space to his left, allowing Dante to get back and block his shot.

17’ – UNITED GOAL RULED OUT: Valencia has it in the back of the net following good work from Rooney on the left flank. But both he and Kagawa are clearly offside.

20’ – GOAL SAVING CHALLENGE: Gotze cuts through the United defence and feeds Ribery but Smalling gets in a terrific challenge before he can feed the ball to the waiting Mandzukic.

59’ – BAYERN DRAW LEVEL! (Bayern 1-1 Man Utd): Mandzukic has the ball in the net only 23 seconds after the restart, heading past de Gea.

61’ – ROONEY FLUFFS CHANCE: He should score from Welbeck’s pass but scuffs it tamely wide.

76’ – ROBBEN SEALS IT! (Bayern 3-1 Man Utd): The winger cuts inside and finishes with his left foot, aided by a slight deflection. 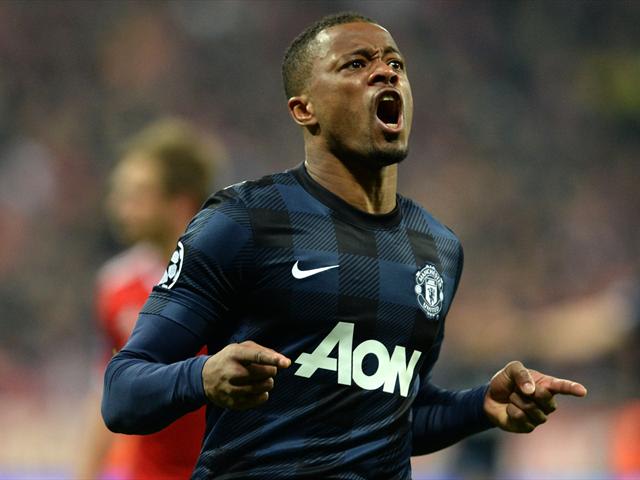 David Moyes names a unique starting XI for the 50th time in as many matches.

Manchester United conceded three goals in a Champions League match for the first time in their history against a German club.

It is the first time in 22 Champions League games that United conceded more than twice.

TALKING POINT: 23 seconds that cost United. The saying that ‘teams are always the most vulnerable after they’ve scored’ came back to haunt United. Who knows what may have happened had they held out for 10 minutes? 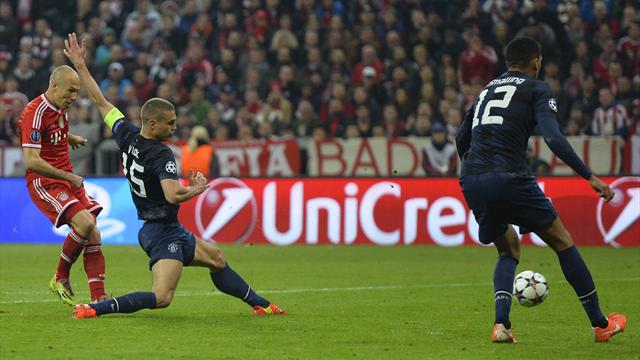 MAN OF THE MATCH

Arjen Robben (Bayern Munich): Looked menacing from the start, set up Bayern’s second and finished the job with a goal for himself.