Friction in between DR Congo and its neighbour has led to decades of instability in the east.

Rwandan forces and troops from DR Congo are fighting each other on their shared border, the Congolese information minister says.

Lambert Mende told the BBC the battle began when a unit of Rwandan soldiers crossed over the border and attacked early on Wednesday.

After fighting for nearly two hours, the Rwandans kidnapped an army corporal and went home, he said.

Clashes resumed when the Congolese learnt the officer had been killed.

The Rwandan authorities have yet to comment on the violence.

The neighbours have had a fractious relationship since the 1994 genocide when those accused of involvement in the killings of an estimated 800,000 ethnic Tutsis and moderate Hutus set up a militia in eastern DR Congo. 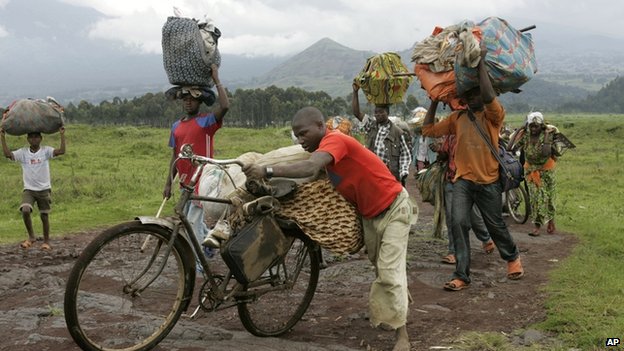 Mr Mende said the fighting was in Buhumba in North Kivu province.

The Rwandan soldiers came over the border at about 04:30 local time (03:30 GMT), he told the BBC’s Focus on Africa radio programme.

He said the fighting had broken out again in the afternoon when Congolese soldiers heard the news about their captured colleague.

“There is now fighting. There are also talks – we need really to know what is happening with them,” Mr Mende said.

Rwanda has been accused by the UN of playing a part in the unrest in DR Congo over the years, a charge it denies.

Most recently it was accused of backing a rebellion by the M23 – a mainly ethnic Tutsi movement, which was defeated by the Congolese military and a special UN brigade in November. 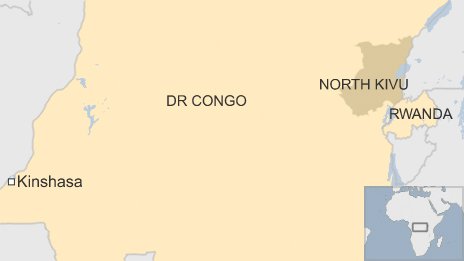