Images reveal how quickly the ship went down.

Almost 300 people remain unaccounted for after a ferry carrying 459 people capsized and sank off South Korea.

The ferry, carrying mainly school students, was travelling from the port of Incheon, in the north-west, to the southern resort island of Jeju.

A major rescue effort is under way, involving dozens of ships and helicopters. Those brought to safety were taken to a nearby island.

Three people are now said to have died and dozens of others have been hurt.

South Korean officials had earlier said that 368 people had been plucked to safety, but later said there had been a counting error.

They have now revised down the number rescued to 164.

Images showed the ferry listing at a severe angle and then later almost completely submerged, with only a small part of its hull visible. It sank within two hours of sending a distress signal, reports said. 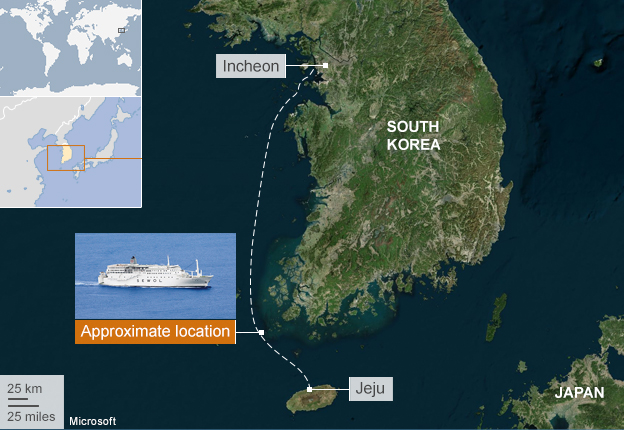 Several coast guard, military and commercial vessels were involved in the rescue effort, which unfolded rapidly on Wednesday morning. 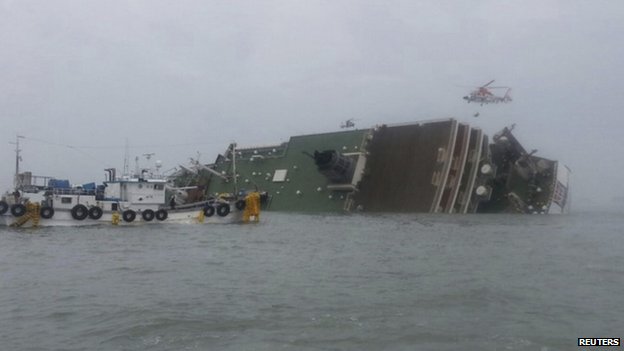 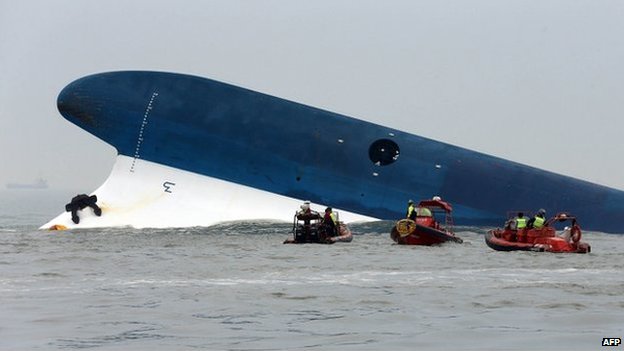 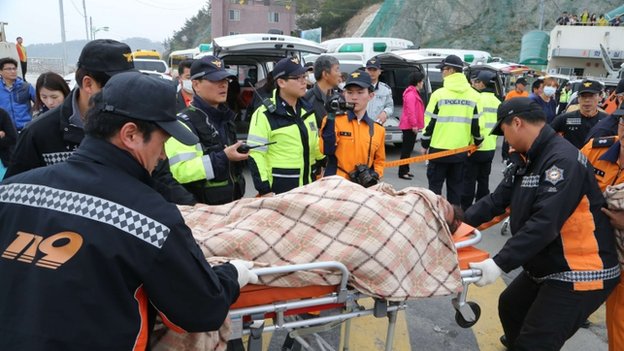 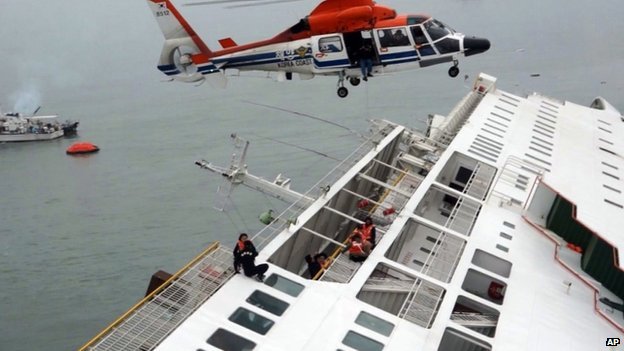 Military and civilian ships and helicopters have been searching for survivors

Pictures from the scene showed rescue teams balanced on the sinking hull pulling teenagers from cabin windows. Some of their classmates jumped into the sea as the ship went down.

Reports suggest some of those rescued were picked up by nearby commercial vessels. The US Navy was also reported to be sending a ship to assist.

Navy divers were now searching the scene for those unaccounted for, officials said, but the work was challenging. 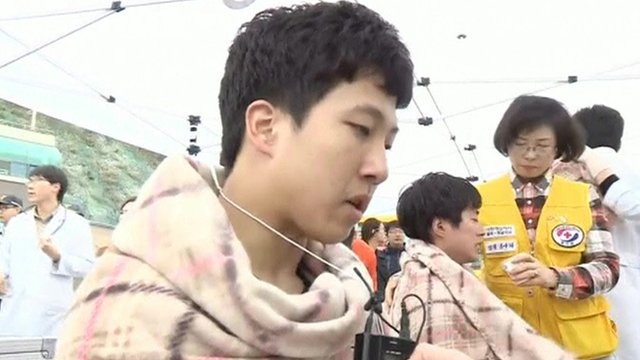 Survivor: “There was an announcement telling us to sit still, but the ferry was already sinking”

“There is so much mud in the sea water and the visibility is very low,” said Lee Gyeong-og, vice-minister of security and public administration.

One body, of a female crew member, had been recovered from the ship, the coastguard said. Another person, a male high school student, died after being rescued.

“Currently, I am in the middle of being rescued. At the time, the ship was turning on its side, and none of us were moving as we were told not to move as it was dangerous,” the unnamed student said.

It is not yet clear what caused the incident, but witnesses described hearing an impact, before the ship listed and quickly sank.

One passenger told the YTN news channel: “We heard a big thumping sound and the boat stopped.

“The boat is tilting and we have to hold on to something to stay seated,” the passenger said.

Another passenger said the ship was “shaking and tilting”, with people tripping and bumping into each other.

Kim Young-boong, an official from the company which owns the ferry, has apologised.

“I would like to say sorry to the passengers, which include a number of students and their parents, and promise that our company will do its best to minimise loss of life. We are sorry,” he said, according to the AP news agency.

Weather conditions were described as fine. Yonhap news agency said that the ferry sank at a depth of 30m (90ft).

“We will try to determine the cause of the accident after rescue operations are over,” said Lee Gyeong-og.

Many of the passengers were students from a high school in a suburb of Seoul heading off on a four-day field trip to Jeju.

Angry parents have gathered at the school in Incheon to demand answers, reports the BBC’s Lucy Williamson in Seoul.

Earlier reports put the number of passengers on the ferry at about 350. The vessel is reported to have a capacity of up to 900 people.

Are you in the area? Do you have any information you would like to share? Please send us your comments. You can email us at info@elitetv1international.com using the subject line ‘South Korea ferry’.

The title is for editor